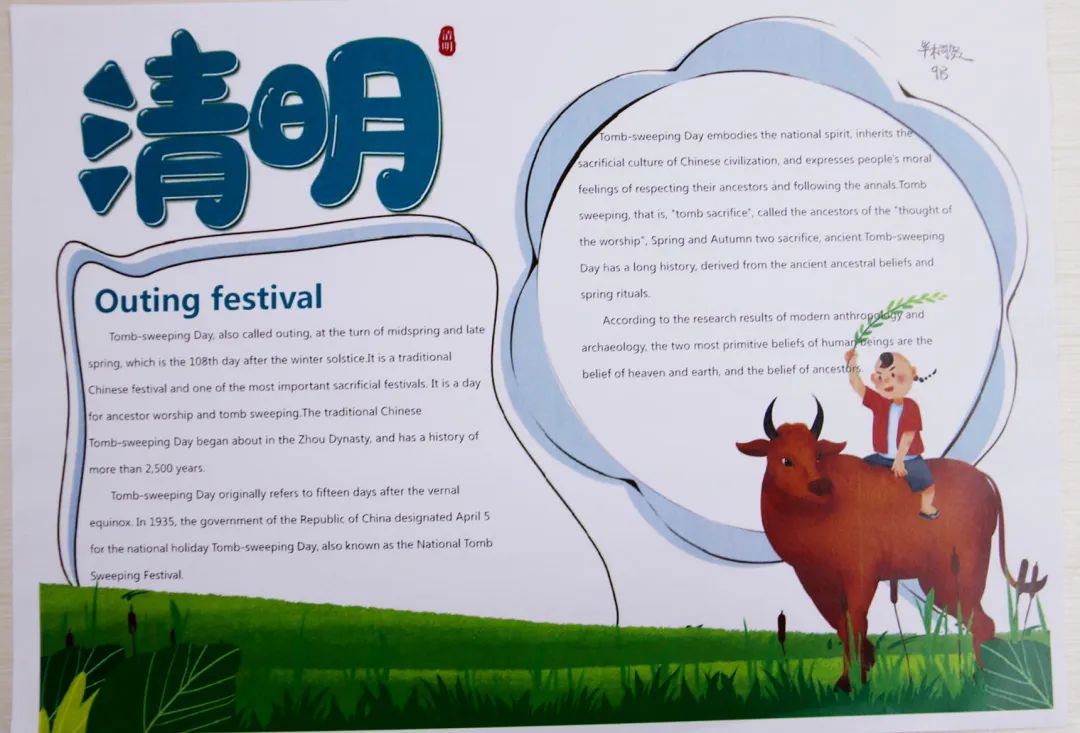 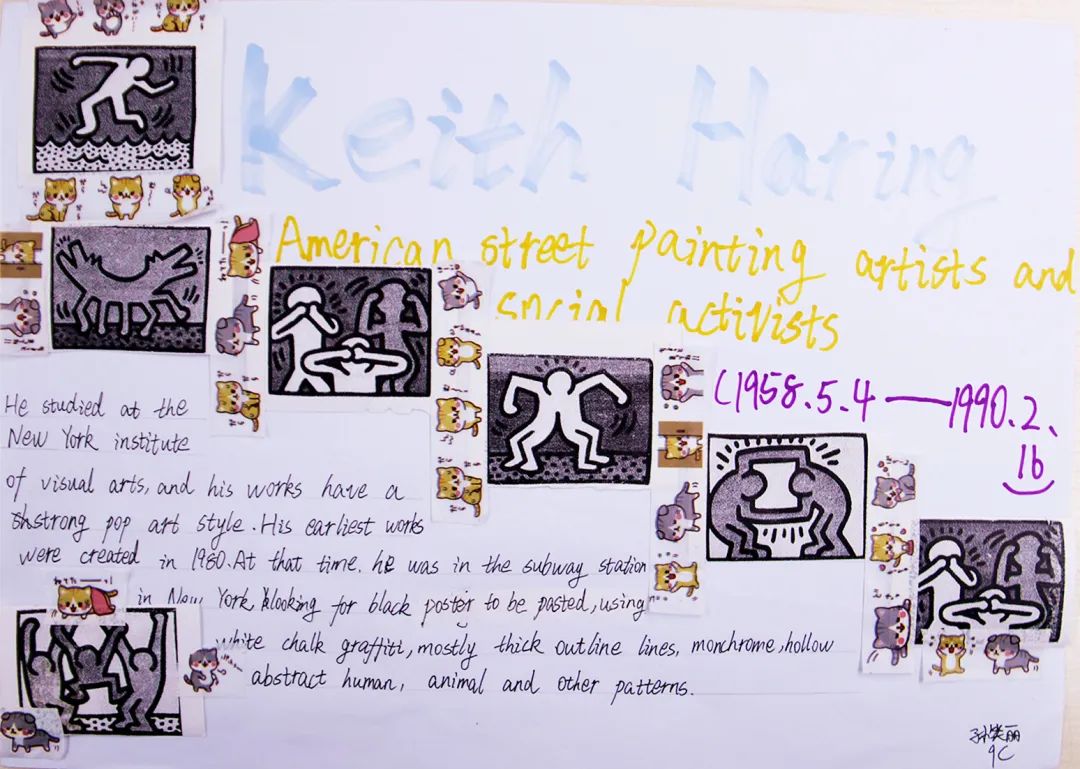 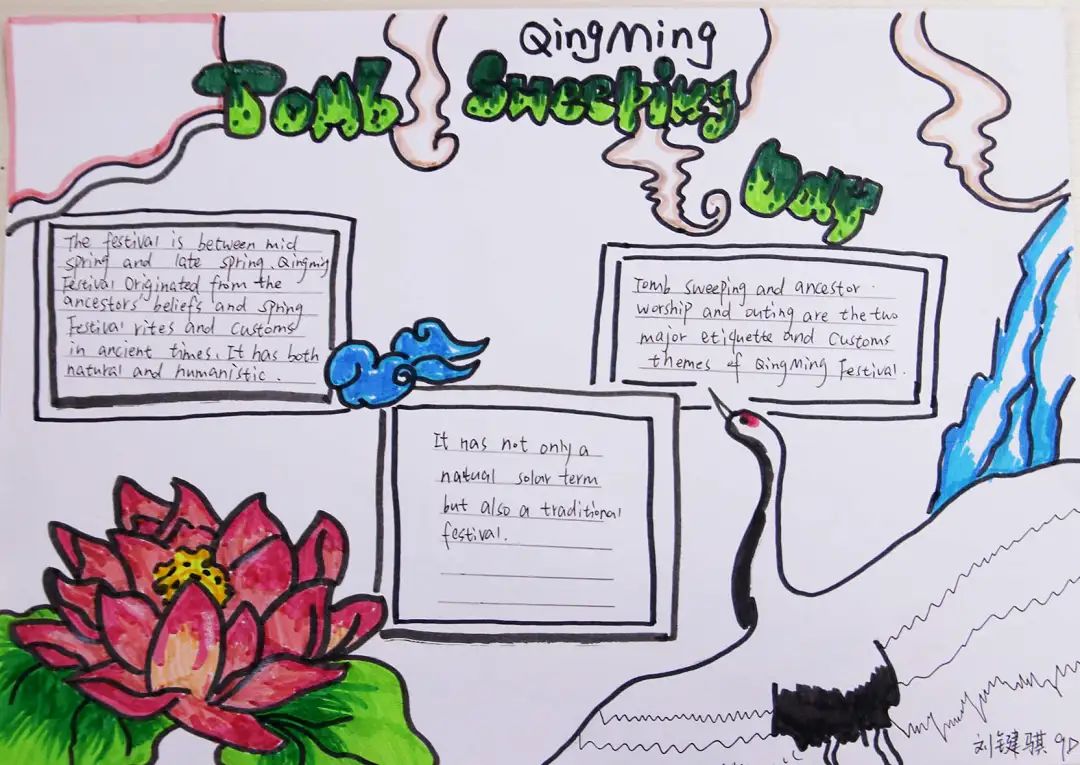 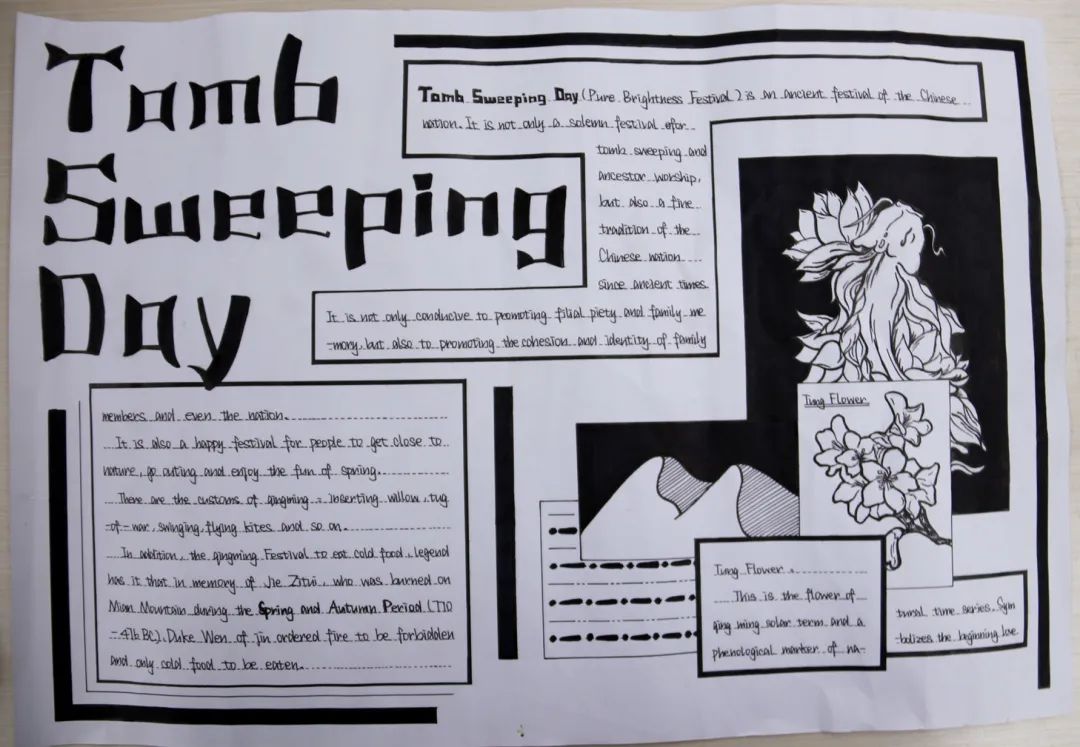 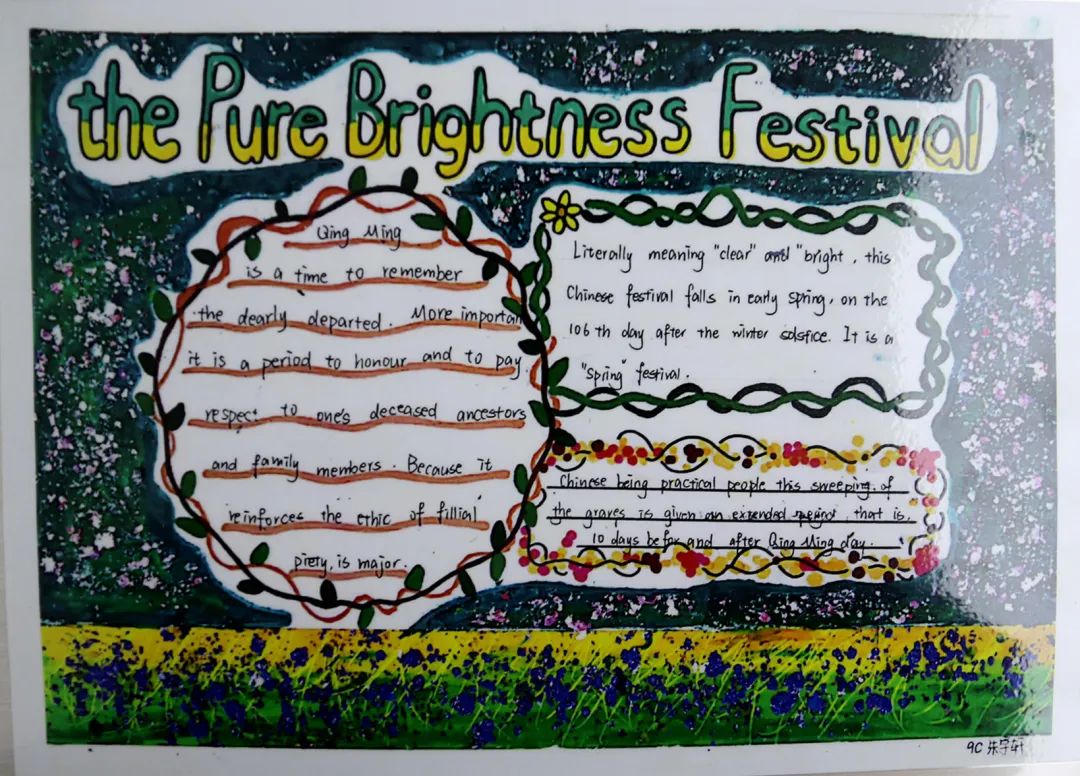 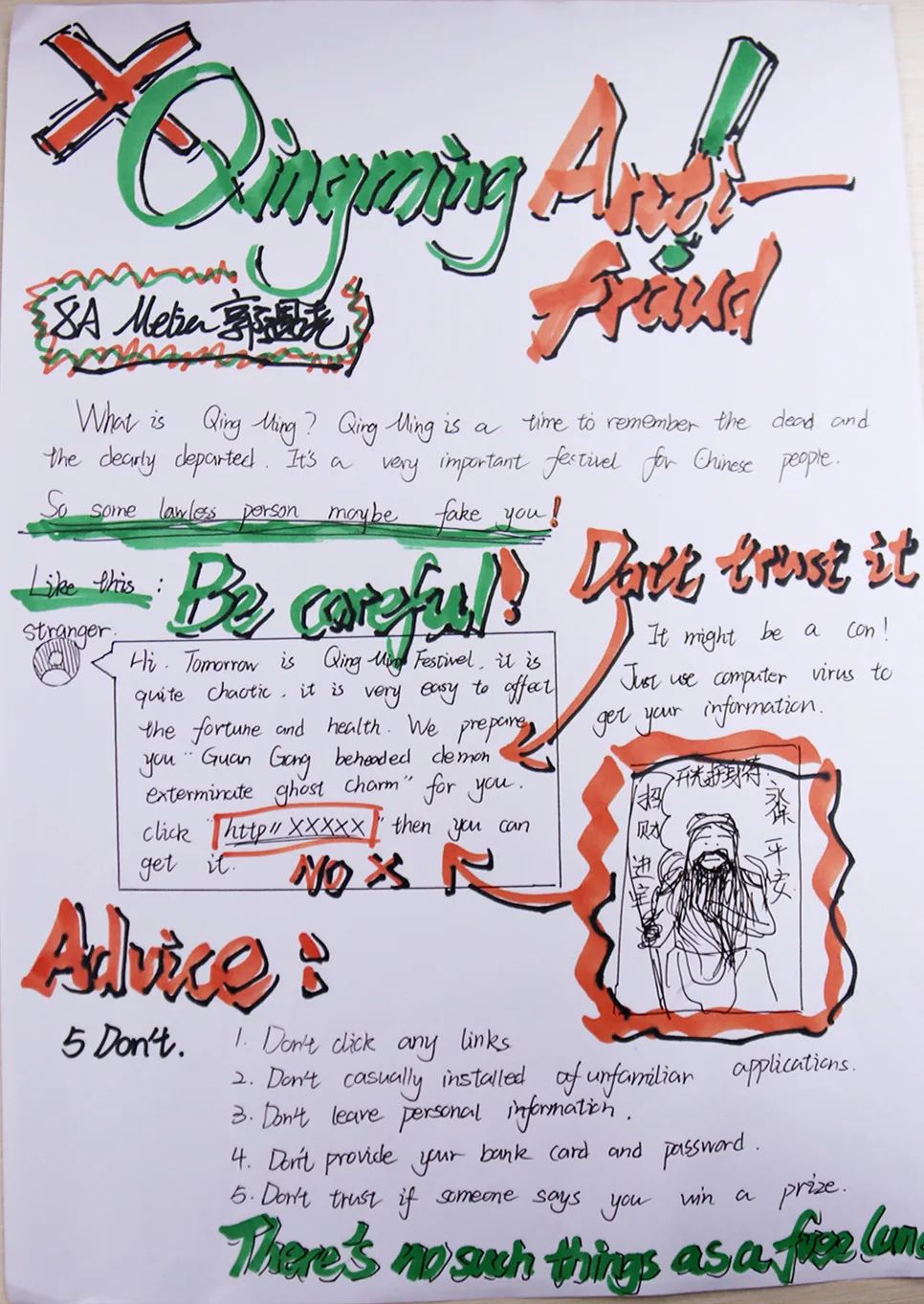 Last Qingming Festival, I returned home to worship my grandfather. Qingming Festival is a folk festival. In the past, the Qingming Festival was called "Arbor Day". Today, Chinese people visit their family graves to tend to any underbrush that has grown. Weeds are pulled, dirt is swept away, and the family will set out offerings of food and spirit money.

Unlike the sacrifices at a family's home altar, the offerings at the tomb usually consist of dry, bland food. One theory is that since any number of ghosts roam around the grave area, the less appealing food will be consumed by the ancestors, and not be plundered by strangers.

With the passing of time, this celebration of life became a day to honor past ancestors. Following folk religion, the Chinese believe that the spirits of deceased ancestors look after the family. Sacrifices of food and spirit money could keep them happy, and the family will prosper through good harvests and more children.

In contrast to the sadness of the tomb sweepers, people also enjoy hope of Spring on this day. The Qingming Festival is a time when the sun shines brightly, the trees and grass become green and nature is again lively. Since ancient times, people have followed the custom of Spring outings. At this time, tourists are everywhere.

It smells like the air of a graveyard after rain, filled with sorrow and the regrets of the dead for their lives.

It tastes like colorless and tasteless wine, plain and unnerving, making people cry for it.

It sounds like the helpless sound of a hospital’s rescue machine' ding ding 'tearing at people's fragile hearts. It feels like an unforeboding disaster, happening at every moment, taking away lives that are full of hopes.

It looks like the only thing that motivates the rest to keep struggling.

The day you left the human realm made everything seem dismal.

The world around seemed upside-down and inside out. Everything happened abruptly and without signal, that left everyone in the room crying and weeping about.

The image you left for me was with silver-like hair. You had such a brave and kind heart. Great-grandma, thinking of you makes me shed tears. You lived to the ripe old age of ninety-eight before your departed.

Yet, I shan’t stay in the mood of blue, because you’ve taught me a great lesson. That is to cherish every moment and pursue. This is how our lives can be fluorescent.

From now on I shall accept failures and treasure time. As this is the lesson you’ve taught me through life. 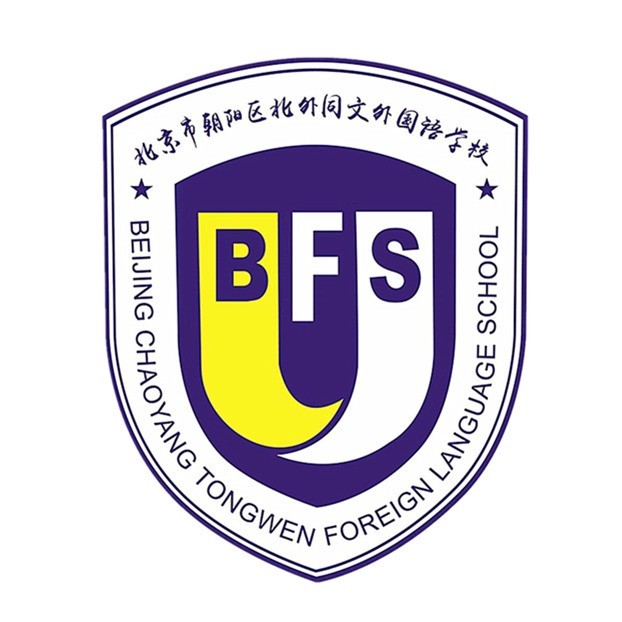