I have a dream | 康福国际教育2022录取报告项目式学习 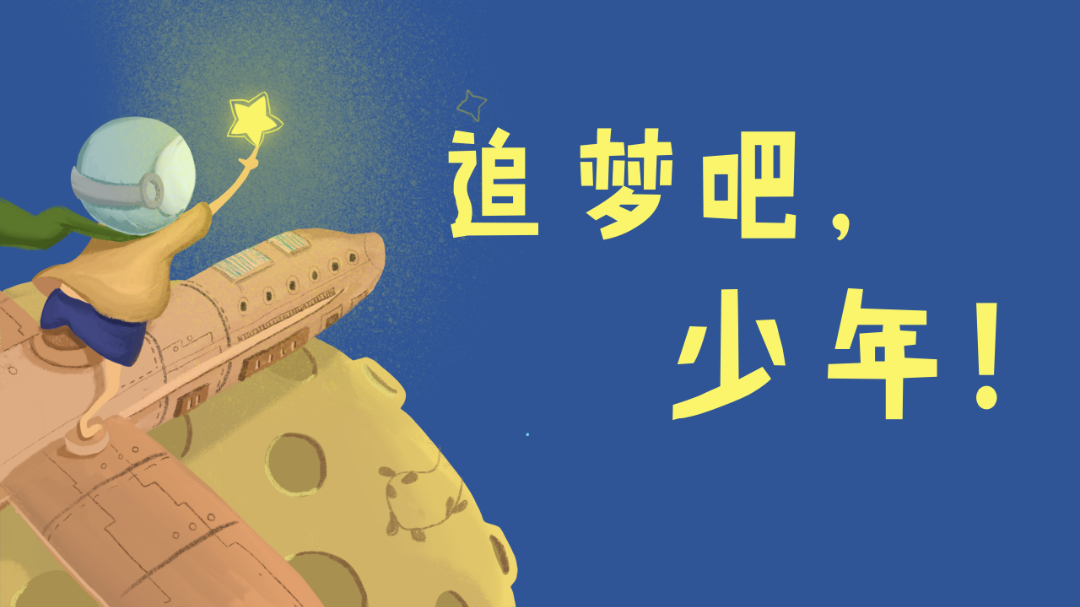 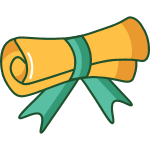 A goal & a lifelong pursuit set some short-term goals.During the summer vacation, I want to learn more about photography and news media, improve English, practice listening, and learn painting.

I'm Zoe from PREA class. As a leader, our sharing meeting is divided into four parts.

My keywords are interest and pursuit.  My usual interest is listening to songs and dancing. I usually pay attention to some vtuber, such as vox and mysta. I'm also interested in news because I have a cousin who does this kind of work, and I happened to see some experiences of  zhangmenglin, who gave me some suggestions and inspiration.

ZML is a graduate of 2017. She chose journalism. She has been admitted to some first-class universities, such as New York University and the University of Toronto. She has always adhered to her interest in hip-hop. She is also a musician of   WangYiYun music. Her music has exceeded one million.

I think we are the same on this point. We all like music, and  I'm especially good at video editing.I had more than 10 000 fans on Tiktok. The maximum amount of videos played was over 500 000. Although it is far less powerful than ZML, it is also a small achievement.So I want to study journalism and media at New York University like ZML and my cousin. I want to continue my interests.

A goal & a lifelong pursuit set some short-term goals.During the summer vacation, I want to learn more about photography and news media, improve English, practice listening, and learn painting.

When I was young, I became interested in all kinds of food. My father used to be a doctor of traditional Chinese medicine. When I grew up, my father began to take me to learn some simple medical books and learn some herbs,and also something about the collocation of various foods and their medicial properties. Later, I learned to cook and make desserts on the Internet. My parents were the first to try  my food.Fortunately, I did a good job. I am also interested in medical majors , not just food. Including dentists, nutrition, surgery.

I have read the story of Chenyiran.She was the first student of Camford to be adimitted to the medical major. It is relatively difficult to be a medical student.There are many proper terms. She was admitted to King's College.

I'd like to say that I'm a big advocate for not hiding your enthusiasm for things. It seems to me that there is a false stigma around eagerness in our culture of 'unbothered ambivalence'.This outlook perpetuates the idea that it's not cool to 'want it '.That people who don't try hard are funamentally more chic than people who do.I want to say: never be ashamed of trying.Effortlessness is a myth.Now I've already found my goal. I hope everyone can find their goals.

Learning can have many ways where I have learnt from 初诗凡 a way of learning which is called “No shape learning” where one doesnt force themselves to learn or have a book on them at all times but make learning a part of your routine and make it enjoyable so you don't have hardships while learning.

My keywords are Interest , Responsibility and Perseverance .Hi everyone I am 张梓康 from Pre Ig . I’ll be sharing my ideas. Right now my primary interest in learning is law. Professions that include law study is being a lawyer, a Judge, a Jury , a notary and a prosecuting attorney. Pros about me in general is that I am fluent and good at English, I have an international background where I used to live outside China and I can code. Cons about me in general is that I am lazy, I am bad at self management because I am not responsible for my learning and I am a person who gives up and argues a lot. Universities that provide law schooling and that I am interested in is The University of Hong Kong , Toronto University , Harvard University and the imperial school of London. Learning can have many ways where I have learnt from 初诗凡 a way of learning which is called “无形学习” where one doesn't force themselves to learn or have a book on them at all times but make learning a part of your routine and make it enjoyable so you don’t have hardships while learning. When he first did a TOEFL test he only got the poor score of 64, however my guy didn't give up and studied for another year without giving up. This mentality helped him get the TOEFL score of 105 which helped him get in ICL. My goals in the summer is to join debate clubs preferably MUN , be the jury/viewer of a public court and learn the laws and rules of China and also to have better self management so I don’t get caught lacking. I would also like to improve my Mandarin because I would prefer to be the lawyer of a celebrity in China, in the future. Thank you for listening.

After I looked Yuan's experience, I knew that her experience is very astonishing. Plus, I also learned about her unusual experience. I learnt something from her. She told us don't give up and treflect more when you are in studying.

Hi, I am Saturn,from Pre-A. I'd like to share  some of my ideas. The key words are interest and attempt.

My advantages are, I am good at Geography, English and Biology. And, I can code. Why? Because I will create something for everyone in the world. Besides, I will help the world to develop. My advantages can help me to learn these subjects.

Recently, I saw a senior Yuan Yingge who studied astrophysics. Now I share her experience.

When she was young, she liked doing a series of things such as literature and art. She spent the spare time dancing and reading poems. But the poems she read are particular. In her poem, it embodies the content related to mathematics.

She said: 'Critical classes allow me to ask teachers in a natural state of mind.' She studied efficiently and made her like physics. And she organized the astronomy club, to observe the planets with her classmates. In her eyes, Mathematics is so beautiful. That is gorgeous and extraordinary beauty of mankind.

As she said: 'My goal in the future is to use mathematics to study human consciousness.'

After I looked Yuan's experience, I knew that her experience is very astonishing. Plus, I also learned about her unusual experience. I learnt something from her. She told us don't give up and treflect more when you are in studying.

So I want and I believe I will study astrophysics in UCL.

Thank you for your listening.

He said: “Every step of the way you walk is not less, it will double back to you in the future.Because, life is never a white road.”

Hello everyone.I am Hedy from Pre-Ig class. I am here to share my ideas. The key words of our group are interest, attempt, and perseverance.
First of all, I “decomposed”myself into several divs. My hobbies are playing sports, watching videos, baking food, and receiving money. Plain hobbies. After I wrote them, I extended them into jobs I can do that are related to that hobby. For example, if I like to deal with money, I could become a person who collects rents, works related to foreign trade, or jobs in the financial field. Ideas burst out. Afterwards, I analyzed my discipline advantages and disadvantages in character. My English abilities are pretty good and have I studied in international schools since kindergarten. But, I don’t have a good memory, I am lazy, I am not concentrated, I am not patient, I can’t persevere on a subject I am not interested in. Because of this, I decided on the finance or economic direction. This can foster strengths and circumvent weaknesses of mine. After deciding on the majors, I went searching for the university. The ones I chose are The University of New York ( finance) and Harvard University ( economics).
After research, I found a passage about a senior named 汪政岐. I think we can all learn a lot from him. He is a graduate from Camford, to New York University. He often jokes that he makes his way into New York University by selling shoes. Let me describe his story. When 汪政岐 was young, he went to a boarding school. He became brave, always acting as the leader. At the age of 14, he transferred to Camford. He also attended a summer camp led by a professor from Colombia University. He worked, and wrote a report on finance with other about 20 years old students from famous universities around the world. That wasn’t an easy thing. So while learning and playing, he scored 5marks on 7AP courses and 4marks on three. He also received a total of 108points for his TOEFL. During the Covid lock down, he became 15, and found out that he was interested in economics. He started his own business and became a young entrepreneur. He sold shoes. At first, he lost several thousands because he was out of touch. But, he did not give up. He dug into it and found many channels. He then borrowed ten thousand yuan from his mother and started again. This time, he not only earned a hundred thousand for his tuition fee, but also got extras to buy presents for his family members. After just reaching 16,汪政岐 applied New York University for economics and he was accepted! He said: “Every step of the way you walk is not less, it will double back to you in the future.Because, life is never a white road.”Due to this,  I had set my goal to attend the Northwestern University's summer camp and practice IELTS more. I wish to over- achieve my IELTS score now which is about7.5 plus. I also want to memorize more vocabularies. That’s all for my part. Thank you for listening.

Now, I would like to represent my team and summarize the main ideas of our group. First of all, we read the stories from graduates of Camford. Using perseverance, interest, and attempt as our key words, we started a journey of self discovery. We believe that as we've found our interest, tried our best, and persevered, we will have a bright future！ 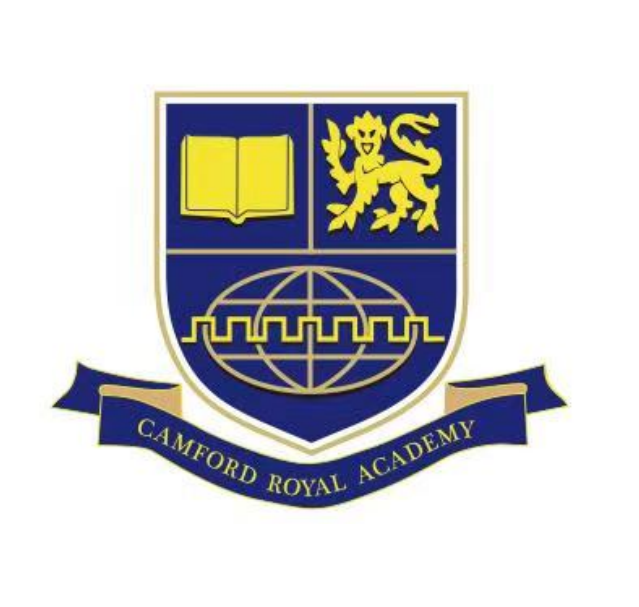