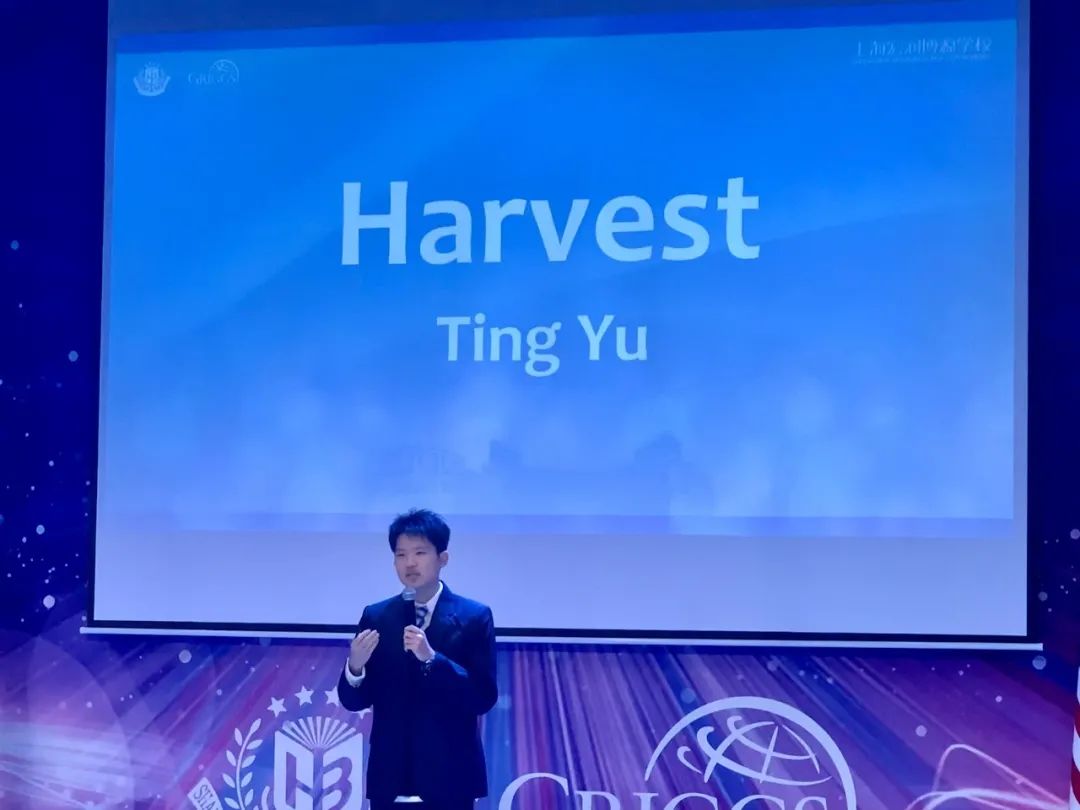 On this Chinese New Year Eve, we would like to share with you two speeches on harvest by our 10th graders. What have you harvested in 2020? What do you plan to harvest in 2021?

"The Truth About Harvest" is by Hannah Cheng； “The Harvest of Braving Your Failures" is by Ting Yu.

The Harvest of Braving Your Failures

When I was seven years old, our primary school held a sports event. I had always been confident in my long jump ability, because when I was a child, I liked to imitate frogs. However, when the competition really started, I found that all the other kids jumped farther than I did. At that moment, I felt so useless that I disgraced the class. Finally, when the results came out, I found that I was the last place. I failed. And from then on, I never tried anything again for a long time. Because I was afraid of failures.

Seven years later, i happened to know a book named The Pursuit of Happiness. When I finished reading the book, I had an idea. I would create the biggest company in the world, and that company would buy Tencent. That sounded crazy, right? I totally embraced this idea of conquering the world? This might sound paradoxical. I felt the constant battle between the fourteen-year-old and the seven-year-old. One wanted to conquer the world, making a difference, while the other was afraid of failure. And every time that seven-year-old won. And this fear even persisted after I started my senior high school. When I was in junior high school, I was presented with a variety of performance opportunities, and I failed all of them. Those failures hurt me. They hurt me so bad that I wanted to quit right here. But then I thought, hey, would Chris, the author of book, give up simply because he failed? Would any successful people quit like that? No way. And this is where it clicked for me. I could not let that seven-year-old keep dictating my life anymore. I had to put him back in his place.

The moment I entered high school, the school held an election for the student union. Everyone interested could sign up for it. I could have run away from it, but I didn’t. I ran in the election. It would be a fancy dream for me to be successful in this election, because i was quite weak academically. But in the end, I won the election. I used to believed that, to run for the membership of the student union, one needed to have good grades and know a lot of things. But no. I was trying and I succeeded.

Finally, I realized why Chris was able to rise from a poor man to a person of high social standard. He did not let failure define him. He let his own reactions after failure define himself. And he embraced failure. He used failure to improve rather than to give up. We should learn from our failures or even turn our failures into opportunities. When you fail in life, when you are facing the next obstacle, consider the possibilities and brave them. If you just embrace them, they might become your gifts as well. Thank you.