Scientists and other researchers should focus their research on areas that are likely to benefit the greatest number of people.

Scientists and other researchers should focus their research on areas that are likely to benefit the greatest number of people.

Some people claim that the goal ofpolitics should be the pursuit of an ideal. Others argue that the goal shouldbe finding common ground and reaching reasonable consensus.

Write a response in which you discusswhich view more closely aligns with your own position and explain yourreasoning for the position you take. In developing and supporting yourposition， you should address both of the views presented.

18. The well-being of a society is enhanced when many of its people question authority？

45. “Competition for high grades seriously limits the quality of learning at all levels of education.”

9. In any field of endeavor， it is impossible to make a significant contribution without first being strongly influenced by past achievements within that field.

77. People’s attitudes are determined more by their immediate situation or surroundings than by society as a whole.

57. The main benefit of the study of the history is to dispel the illusion that people living now is significantly different from those people who live in earlier times.

27. In any field of inquiry， the beginner is more likely than the expert to make important contributions.

46. “Every individual in a society has a responsibility to obey just laws and disobey and resist unjust laws.”Once a society has determined that it wants to be governed by the rule of law， then each

An ancient， traditional remedy for insomnia—the scent of lavender flowers—has now been proved effective. In a recent study， 30 volunteers with chronic insomnia slept each night for three weeks on lavender-scented pillows in a controlled room where their sleep was monitored electronically. During the first week， volunteers continued to take their usual sleeping medication. They slept soundly but wakened feeling tired. At the beginning of the second week， the volunteers discontinued their sleeping medication. During that week， they slept less soundly than the previous week and felt even more tired. During the third week， the volunteers slept longer and more soundly than in the previous two weeks. Therefore， the study proves that lavender cures insomnia within a short period of time.

Write a response in which you discuss what specific evidence is needed to evaluate the argument and explain how the evidence would weaken or strengthen the argument.

There is now evidence that the relaxed pace of life in small towns promotes better health and greater longevity than does the hectic pace of life in big cities. Businesses in the small town of Leeville report fewer days of sick leave taken by individual workers than do businesses in the nearby large city of Masonton. Furthermore， Leeville has only one physician for its one thousand residents， but in Masonton the proportion of physicians to residents is five times as high. Finally， the average age of Leeville residents is significantly higher than that of Masonton residents. Thesefindings suggest that people seeking longer and healthier lives should consider moving to small communities.

“In an effort toimprove our employees’ productivity， we should implement electronic monitoringof employees‘ Internet use from their workstations. Employees who use theInternet from their workstations need to be identified and punished if we areto reduce the number of work hours spent on personal or recreationalactivities， such as shopping or playing games. By installing software to detectemployees’ Internet use on company computers， we can prevent employees fromwasting time， foster a better work ethic at Climpson， and improve our overallprofits.”

The following appeared in a memo from the vice president of a food distribution company with food storage warehouses in several cities.

“Recently， we signed a contract withthe Fly-Away Pest Control Company to provide pest control services at ourfast-food warehouse in Palm City， but last month we discovered that over$20，000 worth of food there had been destroyed by pest damage. Meanwhile， theBuzzoff Pest Control Company， which we have used for many years， continued toservice our warehouse in Wintervale， and last month only $10，000 worth of thefood stored there had been destroyed by pest damage. Even though the pricecharged by Fly-Away is considerably lower， our best means of saving money is toreturn to Buzzoff for all our pest control services.”

Write a response in which you discuss whatspecific evidence is needed to evaluate the argument and explain how theevidence would weaken or strengthen the argument.

The following appeared in a memo fromthe new vice president of Sartorian， a company that manufactures men‘sclothing.

“Five years ago， at a time when wehad difficulties in obtaining reliable supplies of high quality wool fabric， wediscontinued production of our alpaca overcoat. Now that we have a new fabricsupplier， we should resume production. This coat should sell very well： sincewe have not offered an alpaca overcoat for five years and since our majorcompetitor no longer makes an alpaca overcoat， there will be pent-up customerdemand. Also， since the price of most types of clothing has increased in eachof the past five years， customers should be willing to pay significantly higherprices for alpaca overcoats than they did five years ago， and our companyprofits will increase.”

Write a response in which you discusswhat specific evidence is needed to evaluate the argument and explain how theevidence would weaken or strengthen the argument.

The following appeared in a memo to the board of directors of Bargain Brand Cereals.

“One year ago we introduced our first product， Bargain Brand breakfast cereal. Our very low prices quickly drew many customers away from the top-selling cereal companies. Although the companies producing the top brands have since tried to compete with us by lowering their prices and although several plan to introduce their own budget brands， not once have we needed to raise our prices to continue making a profit. Given our success in selling cereal， we recommend that Bargain Brand now expand its business and begin marketing other low-priced food products as quickly as possible.”

The following memorandum is from the business manager of Happy Pancake House restaurants.

“Recently， butter has been replaced by margarine in Happy Pancake House restaurants throughout the southwestern United States. This change， however， has had little impact on our customers. In fact， only about 2 percent of customers have complained， indicating that an average of 98 people out of 100 are happy with the change. Furthermore， many servers have reported that a number of customers who ask for butter do not complain when they are given margarine instead. Clearly， either these customers do not distinguish butter from margarine or they use the term ’butter‘ to refer to either butter or margarine.”

Write a response in which you discuss what specific evidence is needed to evaluate the argument and explain how the evidence would weaken or strengthen the argument.

74. The president ofGrove College has recommended that the college abandon its century-oldtradition of all-female education and begin admitting men. Pointing to otherall-female colleges that experienced an increase in applications after adoptingcoeducation， the president argues that coeducation would lead to a significantincrease in applications and enrollment. However， the director of the alumnaeassociation opposes the plan. Arguing that all-female education is essential tothe very identity of the college， the director cites annual surveys of incomingstudents in which these students say that the school’s all-female status wasthe primary reason they selected Grove. The director also points to a survey ofGrove alumnae in which a majority of respondents strongly favored keeping thecollege all female.

In an attempt toimprove highway safety， Prunty County last year lowered its speed limit from 55to 45 miles per hour on all county highways. But this effort has failed： thenumber of accidents has not decreased， and， based on reports by the highwaypatrol， many drivers are exceeding the speed limit. Prunty County shouldinstead undertake the same kind of road improvement project that Butler Countycompleted five years ago： increasing lane widths， resurfacing rough highways，and improving visibility at dangerous intersections. Today， major Butler Countyroads still have a 55 mph speed limit， yet there were 25 percent fewer reportedaccidents in Butler County this past year than there were five years ago.

Write a response inwhich you discuss what specific evidence is needed to evaluate the argument andexplain how the evidence would weaken or strengthen the argument.

The following appeared in a memo from a vice president of Alta Manufacturing.

“During the past year， workers at our newly opened factory reported 30 percent more on-the-job accidents than workers atnearby Panoply Industries. Panoply produces products very similar to those produced at our factory， but its work shifts are one hour shorter than ours. Experts say that fatigue and sleep deprivation among workers are significant contributing factors in many on-the-job accidents. Panoply‘s superior safety record can therefore be attributed to its shorter work shifts， which allow its employees to get adequate amounts of rest.” 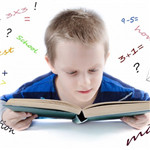