Some people think that museums should be enjoyable places to attract and entertain young people. Others think that the purpose of museums is to educate， not to entertain. Discuss both these views and give your own opinion.

In some countries， people believe that international tourism is a bad thing for their country. What are the reasons for this？ How to change their views？

It is more important for a building to serve a purpose than to look beautiful. Architects shouldn’t worry about producing building as a work of art. Do you agree or disagree？

Some people think that computers and the Internet are more important for a child‘s education than going to school. But others believe that schools and teachers are essential for children to learn effectively. Discuss both views and give your own opinion.

In order to learn a language well， we should also learn about the country as well as the cultures and lifestyles of the people who speak this language. To what extent do you agree or disagree with this opinion？

Air transport is increasingly used to export types of fruits and vegetables to countries where they cannot be grown or are out of season. Some people say it is a good thing， but other people think it can’t be justified. Discuss both views and give your own opinion.

An increasing number of people change their career and place of residence several times during their life time.Is this a positive or negative development？ 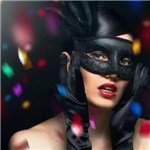