In modern world, it is no longer necessary to use animals for food or use animal products, for instance, clothing and medicines. To what extent do you agree or disagree?
人们不需要用动物做为食物来源以及使用动物制品，比如衣服，药物等等。你是否同意？

Throughout the history, animals have been used for food, clothing, and medicine on behalf of human beings. However, in my opinion, due to the rapid advancement of technology, nowadays, we can actually have some alternatives to substitute for animal products and free them from pains.

One reason people avoid being vegetarian is the concern of an unbalanced diet and limited choices without meat. However, such concern is not as big of a deal as people make it out to be and it is moreperceived than real. In fact, when they become real savvy vegetarian, they will find out more and more hidden high protein and nutritious food, such as whole grains, nuts, and various kinds of vegetables. These earthy and natural ingredients have been proved to be beneficial for people's physical wellbeing. Nowadays, many people are vegetarian due to political or religious reasons and they are also very healthy.

VIVI点评：
这里有一句比较万能的句子供大家记忆：such concern is not as big of a deal as people make it out to be and it is more perceived than real. 这句话的意思是说，人们很多顾虑是杞人忧天，其实是过虑了。这个句子就可以用于很多让步段的写作，先说别人认为这么做可能有某些坏处，但实际上，是过虑了。

Apart from using animals for food, people also take advantages of their fur to produce luxury bags or clothes in commercial market. There are many animal fur factories in which animals are slaughtered for their fur so they have to endure tremendous pain because of human vanity. Such practice is cruel and inhuman. In fact, with technology developing, artificial leathers can be the substitution for animal fur, which is economical, environmental friendly and also fashionable. For example, many designers insist using artificial materials for their clothing design and those clothes are quite popular in European countries.

Lastly, in terms of medicine experiment, proponents claim that it is necessary to use animals for medical testing in order to make more breakthrough in current complex diseases. However, it is a fact that there is genetic disparity between human beings and animals, so those testings might not have relevant result and animals just suffer for no reason.

From what has been analyzed above, people can still maintain their quality of life without hurting or killing animals since we can have other alternatives for replacement in terms of food, clothing and medicine. 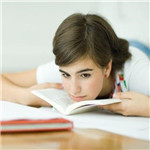