Explore the role ofcreativity in the life of individual people.

There is no set definition ofcreativity, so people should concentrate more on qualities that are productiveand accurately defined.

Creativity is different from the word discovery. Whenwe discover something, it means that we find something originally exist butmight be ignored on the earth. The course of discovery can merely help usreview the past and regain a sense of our ancestors while creativity plays thekey role of deciding what our future will be like. We cannot deny the fACT thateach extraordinary progress we have made in history was inseparable from whatwe have created. Also, there are other fACTors which are essential in shapingour current lifestyles. As far as I am concerned, the role of creativity inlife should neither be overrated nor ignored. We should view the role ofcreativity from a rational perspective.

Technology has advanced at a breathlesspace. The reason why we can move forward so fast is that our pace of creativityhas been accelerated, which is both in accordance with the requirements fromthe modern era and equipped for the fast speed in information society. This isin agreement with perspective two which indicates that creativity appearsincreasingly significant and inseparable from the moment. For instance, in theearly of the nineteenth century when telephone had not been invented, peoplecould not communicate with each other as easily as today. At that time, theyusually used traditional ways to convey messages such as writing letters oreven asking a person to send the news by word of mouth . Such ways ofcommunication were overly dependent on people and the outside that making errorwas inevitable and even a torrential rain could destroy everything! However, inthe middle of the twentieth century, Bell invented telephone thus totallychanging the way we connect with each other and upgrading the speed andaccuracy of communication. Then as the first computer came out, we human beingsstepped into the information era, not only everyone has been provided with moreconvenient and accurate ways to transmit information but the relevant vehicleswe use have changed at all. Although without creativity, remarkable changescannot be seen in history, the negative effects accompanied by the course ofcreativity are also unnegligible.

Sometimes we have put too much emphasis onthe role of creativity and in the meanwhile the role of history and traditionhave been depreciated in an irrational manner. From this perspective, I approveof the argument in perspective one. From the earliest times to the present day,those who have made creative contributions to the world were all well-educatedpeople. What’s more, their creativity were on the basis of tradition orhistory. Just take the Wright brothers as an example. If they did not know thebasic principles of aerodynamics, how could they conceive the design of thefirst successful motor-powered plane? Their invention was based upon carefullyobservations and countless attempts which were all the inevitable courses tosuccess instead of just creativity. Creativity is not enough.

Last but not least, since creativity is nota set definition and cannot be measured, we should be sensible about the roleof creativity. This is partly in agreement with perspective three. Withoutcreativity, social changes cannot be made dramatically. However, creativity isnot a decisive fACTor in human progress because it happens occasionally and isborn in experience and trials. If researchers blindly stress creativity andignore the importance of repeated experimentations and observations, they arestill unable to make significant inventions. We should strike a balance betweencreativity and basis.

To sum up, though the role of creativity isof great importance, we should not hang too much on it. 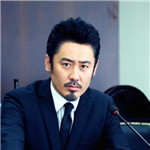