Some people think that some lessons for young students (aged 5-8) including video games are effective ways and interesting, while other people think this way is distracting and waste time. What’s your opinion?

With the constant reforms of education for young kids, the courses set for them has become an issue of concern and interest among the mass. Therefore, parents and teachers are strongly against the practice of offering video games course to young students, whereas students, the receivers of education, hold the opposite viewpoint. In my eyes, the latter opinion is my preference, with the following reasons.

For starter, video game class will make teaching material more vivid and thus cultivate students’ interest in study. Just as a saying goes, interest is the best teacher, which is particularly true of younger kids. Given the indisputable fact that children aged 5 to 8 are susceptible to distractions such as chirping of birds and any noise made by other kids from the outside of class, the subjects offered to them are supposed to funny and attractive. As a result, their motivation and passion for study can be stimulated. The video game course can fulfill the above function due to its recreational nature. To be specific, the colorful images and music can be appealing to young students. Otherwise, a course full of boredom and monotony will do nothing but put a damper on the enthusiasm of students and even make them misbehave like taking a nap and wisphering in the process of teaching.

Besides improving the effect of teaching, taking video game course can teach the young kids something about real life. As is common sense, the virtual world in the games are based on the real life. In the course of playing games, many useful knowledge and practical skills can be acquired. A good case in point is a group game titled League of Legends. While playing the LOL, players are divided into two groups , with each group consisting of five members. In order to achieve the common goal of winning the game, each player have to cooperate with each other by excellently fulfill their own mission. Gradually, the conception of “All for one, One for all” is instilled in players unconsciously, which does a better job than any lecturing from teachers.

Admittedly, some opponents may assert that taking video game courses may make young kids become addictive, due to their week self-discipline. However, the above assertion is far from the truth. As long as students are required to take this course under the strict supervision of teachers and parents, the problem mentioned above can be solved. Consequently, taking all the factors into account, we can draw the conclusion that the benefits of offering video games classes to young kids far outweigh its demerits, especially in the aspect of fostering their interest in study and in imparting some valuable things in life. 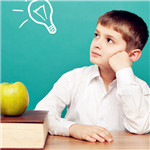